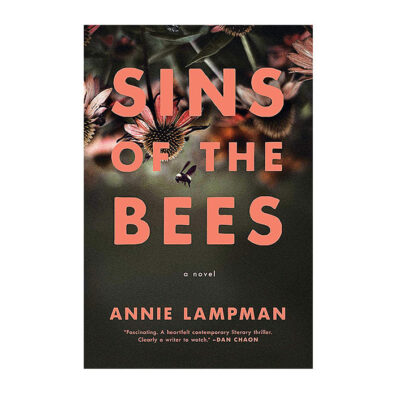 This profoundly Pacific Northwest novel—chock-full of vivid imagery of the region’s flora, fauna, history, and topography—follows Silvania “Silva” August Moonbeam Merigal on a quest for kin. Annie Lampman, a clinical associate professor of creative writing at Washington State University Honors College, expertly weaves memory with the present and the metaphorical in a richly layered and carefully structured story of trauma and tragedy, cultivation and destruction, family and faith, romance and redemption.

Besides her bonsai trees, Silva is basically alone in the world until she learns of a link to her long-lost grandmother. Desperate for family after the death of the grandfatherly figure who raised her, the 20-year-old arborist leaves home on a fictional Puget Sound island to trace a lead that’s more than a year old.

Set between 1999 and 2001, Lampman’s lyrical debut novel blends suspense with the splendor of the natural world in a story of two women’s searches for meaning and amends after suffering the same sort of anguish and mourning. This contemporary narrative of loss and longing for belonging unfolds in a remote and unforgiving landscape shadowed by end-of-the-world prophecies, the perverse beliefs and actions of a religious cult, and a sorrow that stretches across generations.

Lampman drew from her own life for inspiration. She grew up in the rustic and self-reliant wilds of Idaho, where she taught herself about trees, bees, and the art of bonsai. She learned the terrain, too, camping along the North Fork of the Clearwater River and backpacking into Hells Canyon.

Silva’s search leads her to Nick Larkins, a beekeeper who’s intrinsically tied to the dangerous Almost Paradise doomsday cult led by the charismatic, cunning, and domineering Len Dietz. On the first day of the new millennium, the cult leader aims to wed a dozen maidens. His followers, the Lenites, stockpile home-canned goods, fear outsiders, and repress and exploit women and girls. Isabelle Fullbrook, an artist a world apart from Silva who must make peace with her own past, is commissioned to paint the 12 maidens as Y2K approaches.

The plot, full of tension and twists, echoes recent history, especially the stand-offs at Ruby Ridge and Waco. Isabelle and Silva—grandmother and granddaughter, twin representations of one another—as well as Lampman’s other characters are well-developed and compelling. Lampman’s poetic prose, full of lovely turns of phrase, captures the imagination. Her spellbinding first book, winner of the 2020 American Fiction Award for crime novels, secures her place as a regional writer to watch.