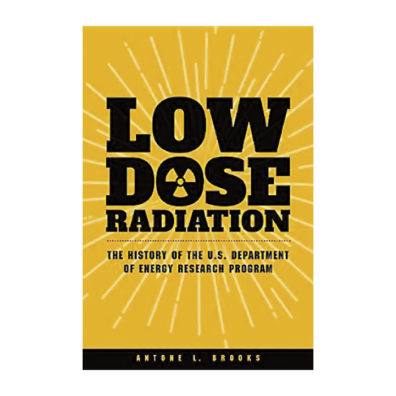 Many questions about the real impacts of low amounts of radiation on human bodies drove the research of biologist Antone Brooks and his colleagues at the U.S. Department of Energy in the last decade. Using microbeams to analyze cellular response and other advanced technologies, Brooks, professor emeritus at Washington State University Tri-Cities, and other scientists made some startling discoveries.

At low doses, biological reactions to radiation are unique and often unrelated to those that occur at high doses. The standard model was flawed when applied to lower exposures and, in fact, small doses of radiation can have an adaptive protective effect, according to Brooks.

Brooks grew up close enough to Nevada Test Site nuclear detonations to see the sky light up, feel the shockwaves, and be exposed to radioactive fallout. In his scientific career, including his role as chief scientist for DOE low dose radiation research, Brooks questioned the impact of fallout exposures. How dangerous were they? How afraid of low dose radiation should people be?

The answers in his book show how knowledge might be useful in a nuclear event, describe the current thinking, and provide a scientific basis for setting radiation standards.