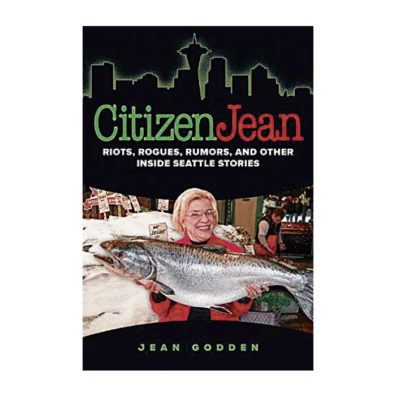 Newspaper columnist, city councilmember, and author Jean Godden outlines the history of Seattle in this captivating read, drawn from her many years living and working in the city.

The story begins with Godden recalling monumental events such as the World’s Fair, the boycott of a new freeway, newspaper strikes, and the rescue of Pike Place Market. Toward the end of the book, we learn that Christine Gregoire, as the new governor in the mid-2000s, does everything in her power to get the city of Seattle back on track, according to Godden.

The book ends with Godden’s observations on the immense difficulties that women face when running for office, due to gender bias and stereotypes.

Beautifully and intelligently written, Godden’s book is intended for a broad audience—anyone who is interested in the history of Seattle—and even Seattle natives may not be aware of all the scandalous events that she recounts. While it is fascinating to read about events which have taken place in one’s own city, this book could also benefit people who have very limited knowledge of Seattle. The city has been home to countless noteworthy historical events which affected people all over the country—and still do. Godden has gifted us with an intriguing and informational compilation of Seattle’s historical happenings, pivotal events, and inside stories.