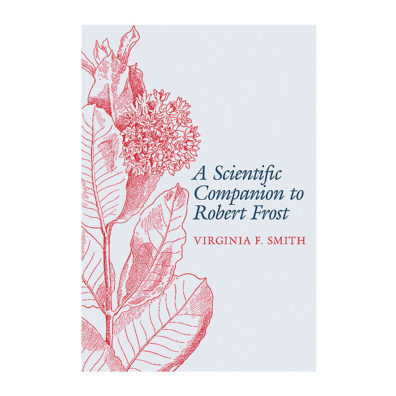 “Art,” said the Roman philosopher Cicero, “is born of the observation and investigation of nature.”

He said this two millennia before the arrival of Robert Frost, the New England poet who smuggled personal, subtle, and often dark themes into a vast, accessible, and popular body of work rooted largely in the natural world. As Virginia Smith notes in her fastidious A Scientific Companion to Robert Frost, the four-time Pulitzer Prize winner drew heavily from the scientific ideas and discoveries that burst forth in his lifetime.

At his birth in 1874, only half the known elements had been discovered. By the time he died in 1963, automobiles, light bulbs, television, telephones, and trans-Atlantic flight were commonplace. The world of technology and science ended up running through his work like the trains at Walden Pond. Frost, writes Smith, “calls into service more than one hundred plant species, including thirty-five species of flowers, thirty species of trees,” and her list goes on. One-fifth of his poems incorporate an astronomical allusion.

Poem by poem across 256 pages, Smith details the science behind most every reference, adding a chronology of scientific advances in Frost’s lifetime and concordances of plants and animals. By themselves, the entries are drained of emotion—matter-of-fact antitheses of Frost’s many moods. But for scholars, other readers, and Frost himself, they’re powerful launching points, like birches that the poet climbs and bends, “to get away from earth a while/And then come back to it and begin over.”