The Map of Lost Memories, by Kim Fay ’88, is a gripping and intricate tale of a young woman treasure hunter in Cambodia. Besides its graceful prose, the novel offers an absorbing education on the mysteries of the Khmer people and the cultural cross-fertilization, and corresponding misunderstanding, of mid-1920s Southeast Asia.

The other is In the Memory of the Map: A Cartographic Memoir, by Christopher Norment ’82 MS. I generally find memoirs of living people tedious and embarrassing. But Norment has written a refreshing recollection of his life as inspired and organized by maps, starting with the free filling station maps he collected as a kid and moving deliberately toward an allegorical “trip without a map” through the Pasayten Wilderness of the North Cascades. 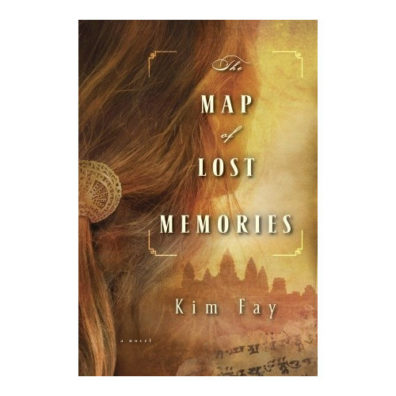 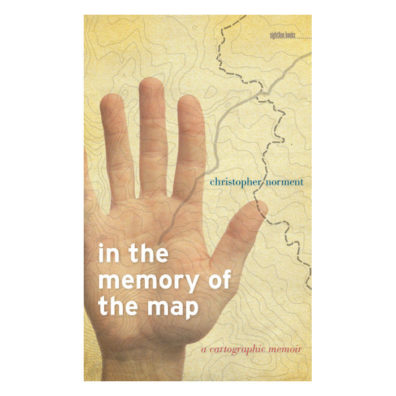 Presumably coincidental in their similar titles, the books nevertheless evoke the aspirations, dreams, and metaphors invested in maps as well as suggest interpretations of the maps contained in this issue.

As simple as it seems on the surface, the map on page 44 of northeastern Washington and the Colville reservation contains layers of memory and meaning, both cultural and political.

Technically not a map, the satellite photo of British Columbia’s Gulf Islands both inspires adventure in a place so near and yet so unfamiliar to many of us and suggests environmental influences and relationships in a people who have only tentatively revealed themselves.

In discussing the power of maps to inspire the imagination, Norment recalls another writer’s observation that maps are a frequent feature of children’s books. What would Winnie-the-Pooh or Lord of the Rings be without maps? And the map in Treasure Island creates “a space precisely the size of a boy’s imagination.”

Referring to yet another book about maps, this one outside our WSU parameters, a recent commentator discusses the early cartographer Ptolemy’s Geography as an “attempt to take myths out of maps.” Whether or not Ptolemy was successful, I suggest the campus master plan on page 17, a yet different kind of map, might benefit from injecting some mythologizing of another sort, thus exciting the imagination. Such a map might more strongly require certain questions of us: “Where might we end up?” and, “What must we do to reach this place?”

Such musing also recalls a book, reviewed in a previous issue, that should be appreciated for its allegorical value as much as its information. Marty Mullen, who served for over 30 years in arts programming and student affairs, has compiled in her Reflections on the Road what surely is the most comprehensive mapping, geographical and historical, of this place where she lives, a value that could well be reaffirmed by our land grant university.

Norment observes that other than the occasional blank spot, there are few unmapped places left on Earth. Except, that is, for what George Eliot called the “unmapped country within us.” Which, I might add, must affect the eventual mapping of that wilderness we call the future.

And that suggests a yet very different, metaphorical kind of mapping. A sociologist, a philosopher, a geologist, and a political scientist have in their “Ethics of Climate Change” transcended the pointless arguing over climate change’s existence and attempted to chart the unknown course of the ethical implications of a world in flux.