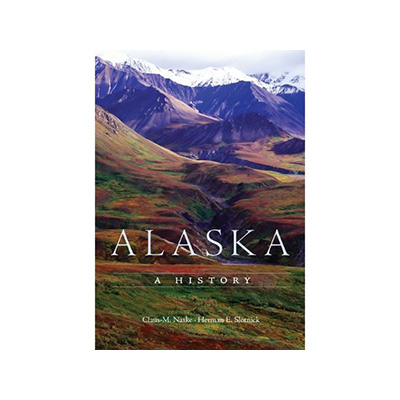 In 1867 the Russia of Czar Alexander II was broke. As part of the solution, the country sold its North American lands to the United States for $7 million in a deal brokered by Secretary of State William Seward. The transaction angered many Russians, who felt they shouldn’t give up the colony. At the same time, it went unnoticed by many Americans. The newly acquired land was placed under military control and named “Alaska.”

Distant Alaska didn’t truly enter the imagination of many Americans until gold fever took hold in the late 1890s. New settlers flooded into the state, eventually leading to its territorial status and in 1959, statehood. The story of Alaska had become one of boom-bust cycles, disregard or misunderstanding of Native rights, military significance, and the struggle of the U.S. government to manage or support such a large and remote land. Following the discovery of oil, that story continues today.

This comprehensive text, now in its third edition, covers the vast expanse of time and geography of the northern-most state, beginning with the earliest known origins of Native peoples and stretching to ongoing debates about use of Alaska’s natural resources and dispensation of Native lands. Claus-M. Naske ’70 PhD and the late Herman E. Slotnick, both retired history professors at the University of Alaska, tell the story of the largest U.S. state with fascinating detail and the nuanced explanations of expert historians.