Each year, the WSU Alumni Association acknowledges alumni and volunteers who have made significant contributions to their professions, their communities, the world, and the University. The WSUAA Alumni Achievement Award was created in 1970 and of the nearly quarter of a million people who have attended WSC/WSU since 1890, only 495 have received it.

We salute the following Cougars who received the Alumni Achievement Award over the past year and thank them for the prestige they bring to their alma mater: 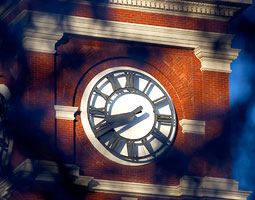 The WSUAA Alumni Ambassador Award was established in 1999 to honor former WSUAA presidents, members of the Board of Directors, local chapter leaders, and Alliance representatives for their outstanding volunteer service to the WSUAA. We extend our thanks to this year’s award winners for making a positive difference for WSU and the WSUAA.

Any person who exhibits genuine loyalty and affection for Washington State University and fully knows and understands that special allegiance known as “Cougar Spirit,” may be sponsored by any alum for adoption by the WSU Alumni Association. More than 600 honorees have received the Adopted Cougar Award since 2004. If you know of a good candidate who you would like to bring into the Cougar Family, please call 1-800-ALUM-WSU or visit www.alumni.wsu.edu/awards.