Every school has its myths and legends. Washington State’s include miles of secret underground tunnels, a ghost, giant cows, and an icon of the psychedelic 60s. We decided to define, dispel, and debunk these stories. The results may surprise you.

False. For years, freshmen have been driving by the cattle enclosures on the east side of campus and marveling at the enormous bovines that graze there. Rumors have spread around the world about the “giant cows” on Washington State’s campus. But there’s nothing aberrant about them.

“They’re steers,” says Charlie Powell, spokesman for the Veterinary Teaching Hospital, who recently fielded a phone call from Egypt about the big bovines. “Most people have never seen a full grown steer.” Typically cattle raised for meat don’t live past 30 months and when they’re slaughtered they can weigh up to 1,000 pounds. But WSU’s emasculated bulls have had years of good food and easy living. With that they can grow to more than 2000 pounds.

Powell has fielded his share of calls from students and others concerned that WSU is somehow engineering giant cattle. There are no genetic mutations or steroid cocktails with these animals, says Powell. The simple fact is that those at WSU are up to 15 years old and have just had a lot of time to eat and grow.

True. But not as true as you might think. 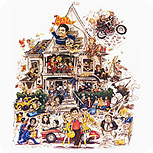 The rumor that WSU is one of Playboy’s top party schools has been floating around for decades. And for years, it just wasn’t true at all. In 1987, Playboy published its first list of party schools. The list was created based on research the magazine staff did with student leaders and fraternal organizations. And, really, WSU was nowhere to be seen.

That changed in 2002 when Playboy reprised the party feature. WSU ranked at number 18, and in 2009 rose to number 16. The dubious achievement may be worth bragging about for some, but for recruiters and administrators, it’s downright irritating.

Lately, according to the Playboy web site, the ranking isn’t done with research, but with student nominations. Based on this unscientific method, if WSU makes the list again, we think it only proves that the students who nominated us are more persuasive writers than those at other schools.

True! Really. 1960s acid icon Timothy Leary, who coined the phrase, “Turn on, tune in, drop out,” attended Washington State in the mid-1940s and earned a graduate degree here. But it was long before he ever dropped acid and a good two decades before he became figurehead of the psychedelic scene. While at Washington State, Leary studied under educational psychologist Lee Cronbach. His masters thesis bore the title, “The Clinical Use of the Weschler/Mental Ability Scale: Form B.” He must have realized the title didn’t sing, because he later renamed it “The Dimensions of Intelligence.” 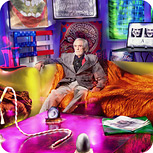 A quick check of the library shows one copy of Leary’s thesis housed in the archives. The other copy, which should be available to check out, has been missing for some time.

False. It’s hard to say where this rumor started, but it is scattered all over the web in a number of on-line biographies of the rock-and-roll pioneer. Even an article in The Oregonian recently suggested the connection (and later retracted it). Since Orbison finished high school and went on to college in North Texas in 1955, we combed the alumni database and the Chinook yearbooks for signs of him from the mid- to late-1950s. Orbison was seen a lot during that period in both Texas and Tennessee. And in 1956, he was busy with his band of high school buddies, the Teen Kings, recording “Ooby Dooby,” and then signed with Sun Records. No official Orbison source links him to Pullman. Our loss. 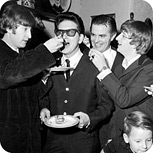 True. In fact there are probably all kinds of animals buried on campus. It’s a remnant of more than a century of teaching veterinary students and running an animal hospital. Just a few years ago, when construction workers on the east end of campus started a project to add to the Facilities Operations complex, they uncovered animal remains that had been buried there decades before. 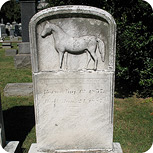 There’s also a horse memorial in the center of campus. It’s for Piccolo, the only racehorse to beat Seabiscuit twice. Piccolo, a thoroughbred, was born in 1933 and had 91 starts, 15 wins, and 15 places. At some point the animal became part of WSU breeding herd and was stabled at Hilltop years ago. When it died, its ear and tail were buried there. The memorial was recently relocated to an area near Clark Hall when the University sold the property.

True. Some are wide and tall. Some are so narrow and pinched, you would have to shimmy sideways or get down on your hands and knees to get through. And they run miles through campus connecting up to practically all the buildings. 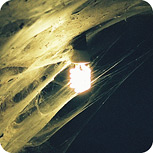 According to University records, some of the earliest tunnels were already built by the 1920s to bring heat to places like the Men’s gym and Bryan Hall. And ever since they’ve been used to discreetly disseminate heat and water and house things like phone and computer connections.

As we wondered about the tunnels, we stumbled across a WSU alumnus from the 1990s who not only (risking possible expulsion) snuck down a manhole to explore our subterranean campus, but with his friends (they called themselves MoleNet) made a map and video of their excursions. They had some interesting discoveries—a bomb shelter, three dead cats, and a mysterious laboratory.

Our mole, a Seattle-area computer engineer who asked to remain anonymous, first noticed the tunnels as a freshman in 1994 during WSU’s Communications Infrastructure Renewal project. Workers were stringing wire down through manhole covers throughout campus and he couldn’t help but observe the constant tunnel work.

Curious, he and his friends went down several times, unable to pass up an intersection, a new tunnel, a locked door, without wanting to see more. “WSU seems like a much older place when you factor in what’s down there,” says our source. “A few areas really show their age, with cloth-insulated wires strung between wooden blocks on the ceiling and other stuff like that.”

He admits the explorations were dirty, dangerous, and sometimes—because of the heat from the pipes—very uncomfortable.

We’re not sure. There are rumors of ghosts of students all around the dorms, but this is a story of a president who will never leave campus. It is said the ghost of Enoch A. Bryan still visits the 1909 building that bears his name. 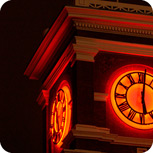 Bryan was president at Washington State from 1893 until 1916. The year he retired, the Board of Regents named the building for him. He attempted a run for U.S. Senate, served as Idaho’s Commissioner of Education, and later returned to Washington State to teach economic history until 1939.

He died in Pullman in 1941 at the age of 86. Because Bryan has such a hand in building our small agricultural college into a university we figure that if any departed president would still be hanging around it would be him.

Are there stories about WSU that you’re wondering about? We’d be happy to explore and explain. Just send us a note.