Most WSU architecture classes are close-knit, but Gene Callan ’76, ’77 remembers a particular bond with his classmates—both in hard work and in humor. On a lark (and prior to Caddyshack), the fifth-year gang dressed up as members of a “Palouse Country Club” posing with golf clubs and tennis whites on College Hill to record the effort.

Callan would love to coordinate a reunion with his architecture classmates, many of whom are now practicing in Washington and Oregon. Tennis whites are not required. 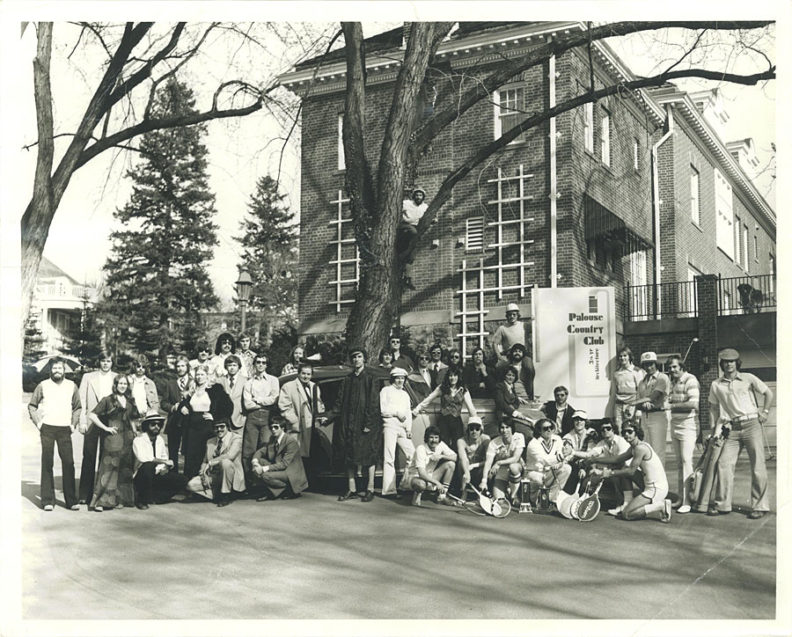 Gene writes: A scan of that “tongue-in-cheek” photo that our Architecture Class of 1977 took in front of President Glenn Terrell’s house. Circa 1975.