George Laisner, a well-known former WSU artist and teacher, came to Washington State College in 1937 having studied at the Chicago Art Institute and the University of Chicago. He was dynamic and enthusiastic teacher and his creative interests were wide. He exhibited extensively on the West Coast and received many honors for his work in the areas of painting, lithography, etching, scuplture, ceramics, and glass. In 1976 he received the (Washington State) Governor’s Arts Award. He died in 1984 having spent nearly 40 years on the WSU Fine Arts faculty. 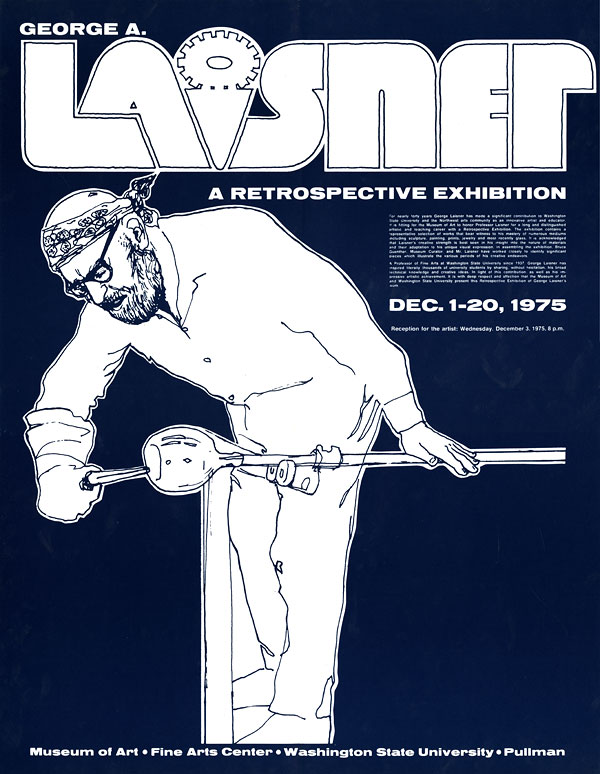