Every Coug likely has memories of eating with friends in college days. Many a meaningful, or just amusing, conversation has been a side dish for fast food on campus,

From cafés near residence halls to the food court in the CUB, there have been plenty of options for grabbing a quick bite over the years.

Here are some of the favorite places to eat at Washington State University, from the past to today…

From the earliest days of Washington State, many residence halls and Greek houses had shared meals and more formal dining. Students, faculty, and staff still wanted to gather on campus outside of regular meal times and that led to the Temporary Union Building, the TUB.

The TUB opened in 1902 as a gymnasium for both men and women. It incorporated parts of the first building on campus, the Crib. The TUB eventually became the student union, with a popular coffee counter and quick meals. A social hub, the building also had roller skating, ping-pong, jukebox, and dances.

The converted gymnasium was large enough for dances and dinners, and it had a smaller hangout space in its basement called “The Drain.” But it just couldn’t accommodate all of the GIs and students after World War II.  In 1952, the TUB was replaced by the Compton Union Building, which became a new place grab a quick meal.

The CUB “fountain” and later other fast-food places, along with plenty of tables, booths, and other seating areas, provided a new hangout for students. It was remodeled in 2008 with new fast-food options.

In addition to the CUB, the Student Book Corporation (the Bookie) had a popular soda fountain and café that drew in plenty of students and others on campus since the 1920s. The Bookie, the CUB, and the TUB all offered free coffee on the last Thursday before Christmas break, with faculty pouring for the students.

The Bookie is now housed in the CUB and has a Starbucks.

Of course, fast food also includes famous Ferdinand’s Ice Cream Shoppe. Originally in Troy Hall and now in the Food Quality Building, Ferdinand’s has long been a place to grab ice cream or other desserts with friends and colleagues.

Dining halls have adapted over the years to include more grab-and-go foods outside of regular meal hours. From the old Stadium Commons to Hall Rotunda and dining halls in Stephenson Complex and Rogers-Orton, they’ve long been places to congregate and share a meal for Cougs.

At WSU Spokane, the Fresh Plate specializes in healthy foods made-from-scratch. Located in the Academic Center, the woman-owned business offers breakfast and lunch, and a grab-and-go deli case. 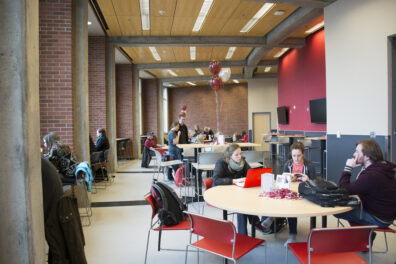 At WSU Vancouver, the Crave Fresh Market (in the Dengerink Administration Building) offers fresh snacks, meals, frozen treats and a variety of hot and cold beverages. And on the ground floor of the Student Services Center, The Bookie offers snacks, beverages and WSU’s famous Cougar Gold Cheese (seasonally). 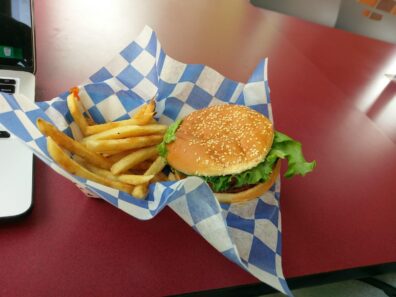 At WSU Tri-Cities—in place of the previously hosted Hospitality Cafe—there is the all new “Micro Market” that will be open longer and offer a mix of fresh and pre-packaged food items on the first floor of the Consolidated Information Center (CIC). 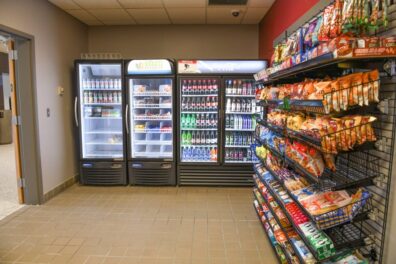 What are some of your favorite food places at WSU? Let us know at wsm@wsu.edu.