Fifteen years later, Derrick Low still remembers what he was thinking while running up the hills of Sunnyside Park in the Pullman summer heat.

Across the Pacific Ocean and several time zones in Florida, Low’s teammate, Kyle Weaver, reminisces, “You couldn’t script that season.

“It was amazing to see the growth in ourselves and coach,” Weaver (x’08 Gen. Stu.) adds. “We just clicked. For us to do what we did, it was a very special time.”

Low and Weaver, players on the 2006–07 Washington State basketball team, have memories from the historic season as vivid as if it happened yesterday, from grueling preseason conditioning to a season-ending heartbreaking loss at the NCAA Tournament, which propelled the team to further success the next year.

The seeds were planted in 2003 when then Athletic Director Jim Sterk brought Dick Bennett out of retirement as head coach. Dick, who led Wisconsin to the Final Four in 2000, brought his son Tony Bennett to Pullman.

For three seasons, the elder Bennett guided the team before handing over the reins to Tony after the 2005–06 season, a 11–17 campaign, the tenth consecutive losing season for the program.

“It’s a painful process to rebuild,” Tony, now head coach at the University of Virginia, says.

“He (Dick) took the bullets of those three years and grew those guys up through the school of hard knocks,” remembers Tony, while en route to a plane that will take him and his Virginia team to a game at Houston.

In addition to his father, Tony is emphatic to credit two other individuals as he looks back on his first season as a head coach and his time at Washington State.

“I think about a couple of people who don’t get enough mention, Jim Sterk and (Deputy Director of Athletics) Anne McCoy,” Tony says. “They were such a key bringing my dad out of retirement and having the faith to give me a chance even though I was an unproven head coach. They constantly encouraged the way we were building the program.”

The moment when Tony and the players knew they had turned the corner was a December game against Gonzaga.

The Cougars defeated the nationally ranked Zags, 77–67, in front of a sold-out crowd at Beasley Coliseum.

“All of the guys stepped up,” Tony says. “I remember saying, ‘Okay, this group can come together and compete with most teams.’”

Ending the regular season with a 25–7 record, the Cougars earned their first berth to the NCAA Tournament since 1994.

At Sacramento for its first and second round games, the team practiced while the coaches wore T.A.Y. shirts.

After a first-round win against Oral Roberts University, the Cougars’ run ended with a dramatic 78–74 defeat to Vanderbilt in double-overtime.

As painful as the loss was, the game served as a source of motivation, which would pay dividends a year later.

“The Vandy game, that was huge for us, even in the loss,” Weaver says. “It gave us a taste of being in the tournament and the feeling that we deserved to be there.”

The following season, the Cougars once again advanced to the second round of the tournament, this time facing Notre Dame in Denver.

For his pregame speech, Tony brought back a reminder of the Vanderbilt game.

As Tony spoke, he held up a picture of the scoreboard displaying the final score.

“I remember saying, ‘I want you to take a look at this. We get a chance to change the script,’” Tony says. “It’s going to take you to stand in there and not flinch.”

“He knows exactly how to motivate his players,” Low says of coach Bennett. “He knows the spot to hit.”

Tony, and the players, hit the right spot as the Cougars dominated Notre Dame, 61–41, to earn a berth to the Sweet Sixteen.

After the game, Tony had one more use for the picture.

“Coach Bennett took the picture of the Vandy scoreboard, and he punched it to the floor,” Low says.

Since leaving WSU for Virginia in 2009, Tony has experienced much success, including a national championship in 2019; however, it is the players from the 2006–07 team who still hold a special place in his heart.

“When my dad got the job, he said at his opening press conference, ‘I have to recruit players that I can lose with first before I win. That I can go through adversity with. Because if I have those type of people, eventually, we are going to learn from the wisdom that it provides,’” Tony says.

“They stuck with it,” Tony continues. “And it was hard. They lost together, they stayed together and represented what we valued in our program, and they found ways to do it. It was special.” 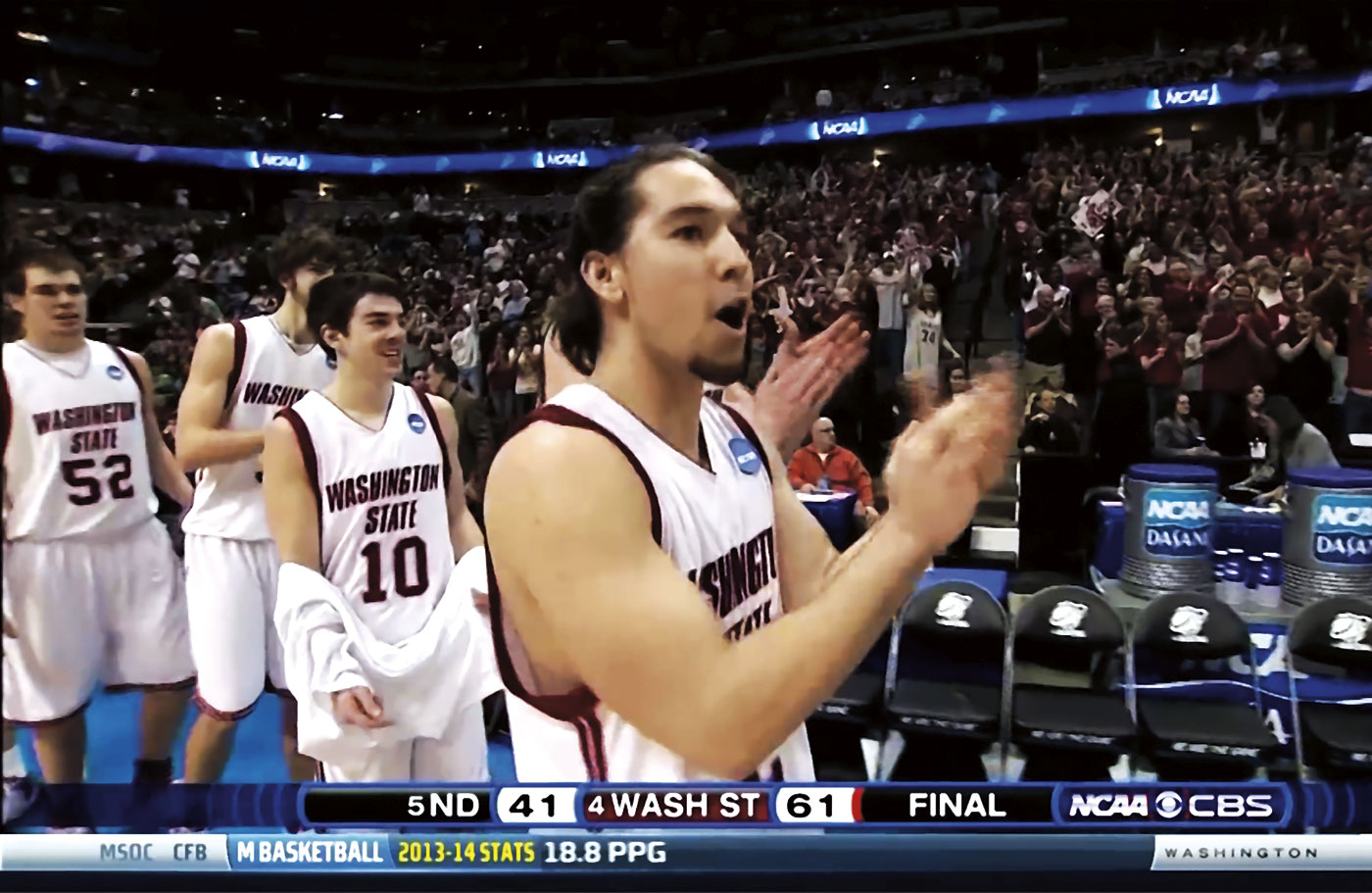 The 2021–22 season for men’s basketball has stirred up a lot of hope for WSU fans. Third-year coach Kyle Smith’s Cougs show a lot of potential and could return to the NCAA tournament for the first time in 12 years.

Both new and returning talented players, such as Noah Williams, Efe Abogidi, and DJ Rodman, have skills that can fit with the coach’s data-driven approach to basketball. As the team coalesces, keep an eye out for future success.

Finding out the meaning of T.A.Y. the hard way