They gathered from around the world and made a mark on Cougar basketball.

Propelled by Charlisse Leger-Walker, a breakout star who earned Pac-12 Freshman of the Year honors, the women’s basketball team from Washington State University earned their first NCAA Tournament invite in 30 years to cap off a tremendous 2020–21 campaign.

The Leger-Walker sisters from New Zealand, Charlisse and Krystal, are among several international talents⁠—from Canada and Turkey to Rwanda and Israel⁠—who form the core of a Cougar lineup poised to capitalize on the program’s momentum during the upcoming 2021–22 season.

The Cougs upcoming season will kick off at the Baha Mar Hoops Pink Flamingo Championship in Nassau, The Bahamas, on November 25–27. The event is the largest early season event in college hoops. WSU will play the University of Miami (Florida) the first day of the event and will take on perennial contender North Carolina State on November 27.

The team’s 12–12 2020–21 record included a substantial improvement against conference foes. Their 9–10 record within the Pac-12 leapt over the prior season’s 4–14 finish, sweeping rivals Oregon State and the University of Washington.

In the Pac-12 Tournament, WSU defeated Utah in the first round before falling to Arizona. But unlike the prior three decades, it wasn’t the end of the Cougs’ season. The team earned its first NCAA Tournament berth since 1991 as a ninth seed, facing off against eighth-seed South Florida in the first round. Heading into the fourth quarter tied at 45, WSU came up just short, falling 53–57.

Charlisse led the Cougs in scoring for the twenty-second time that season with 18 points, with Johanna Teder, a sophomore guard from Estonia, contributing 16 points ofher own.

“I loved our fight and loved our spirit, it’s just what we have been all year,” head coach Kamie Ethridge said after the game. “We had a great third quarter to put us in a position to be in another close game against a high-quality opponent.

“I think in every sense of the word, we gave ourselves a chance to win a close game. They made a couple of more game-winning plays than us and we didn’t make enough shots tonight to get us a win, but I’m very proud of our team.” 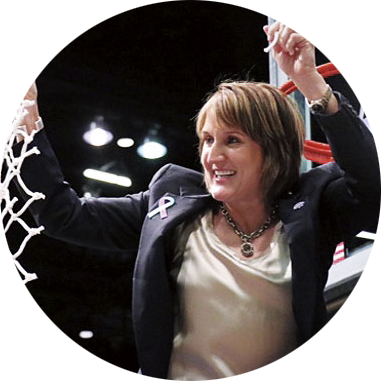 Ethridge, a former University of Texas standout and Olympic gold medalist, has shown steady progress year-over-year since arriving in Pullman in 2018. The success of Ethridge’s teams has elevated WSU’s standing among top prospects, netting exceptional new players who join a roster of improving players.

Several of these players, including freshman Tara Wallack, spent their summers excelling in international play in preparation for the 2021–22 season.

Wallack, the lone freshman on this year’s roster, is the newest international player to join WSU since Ethridge took charge. Her high school playing days in Canada included back-to-back British Columbia Provincial Championships in 2019 and 2020. During provincial play, Wallack averaged 26 points and 15 rebounds per game.

Burrows spent last season playing for the Perth Lynx in Australia’s National Basketball League where she shot 36.8 percent from the floor and dished out nearly two assists per game. She was named the team’s Youth Player of the Year for her efforts.

Burton-Oliver, a Seattle native, was a successful forward at Eastlake High School in Sammamish. Twice named Washington Class 4A player of the year, Burton-Oliver was the twelfth-best ranked player at forward in ESPN’s 2020 class.

In addition to last season’s successes on the court, WSU’s women’s basketball team earned its highest ever cumulative grade point average with 3.629. It was enough to earn the team’s first ever Top 25 Team Honor Roll recognition from the Women’s Basketball Coaches Association.

“This top 20 academic achievement tops off a remarkable, and groundbreaking, 2020–21 season for WSU women’s basketball,” Ethridge says. “This team is setting a standard of excellence on the court and in the classroom. Being selected to the WBCA Academic Top 25 Team Honor Roll is a reflection on how much pride and determination our student-athletes have each day, as they seek to maximize the special opportunity of succeeding as student-athletes.