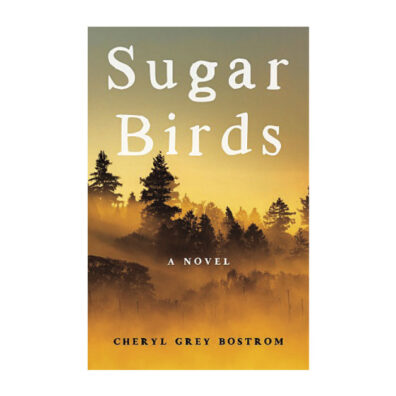 Agate “Aggie” Hayes is a spirited and outdoorsy just-turned-10-year-old who sketches birds and climbs too high. She was only trying to get a glimpse of eggs in a nest. But Mama aims to ground her, forbidding Aggie from climbing the trees where the scrappy and rebellious girl takes refuge from her mother’s admonishments. When Aggie unintentionally causes a devastating fire, she flees in an inflatable boat and hides out in the backwoods, riddled with guilt, dodging bird dogs, and evading rescue. She survives on cattails, salmonberries, and her own instincts and resourcefulness⁠—until someone catches on.

Sixteen-year-old Celia, recently uprooted from Texas and living with her grandmother at a nearby farm, joins the search party for Aggie carrying her own anger and pain. She meets Burnaby, Aggie’s autistic older brother who milks cows and hunts for bones, and develops a crush on Cabot, a 20-year-old handsome but troubled, and possibly dangerous, farmhand.

While remaining out of sight, sleeping in trees, and tending to her physical and emotional wounds, Aggie discovers a sinister plot to hurt her family. But, to try to change the course of events, she must learn to trust, reveal herself, and face the truth.

Cheryl Grey (Hobson) Bostrom skillfully interlaces the girls’ parallel adventures in her debut novel, set in 1985 in rural Whatcom County. Bostrom has lived there for more than 40 years, and her deep knowledge of and respect for its flora and fauna runs through her writing. Each girl is lost in her own wilderness in this engrossing, coming-of-age, summertime story of self-discovery and redemption. Sugar Birds is a suspenseful read that explores the woods of northwest Washington alongside the complexities of family and faith, friendship, and forgiveness.