He was rejected and waitlisted, then wait-listed again. When it came down to it, Fa’amomoi “Moi” Masaniai III didn’t have the money to attend law school. But that didn’t stop him from pursuing his dreams of becoming a lawyer and ultimately a judge.

The Metropolitan King County Council unanimously selected Masaniai to fill a vacancy on the bench in King County District Court in early 2021, nearly three decades after he had been inspired by something his dad said. He was posing for photos in his cap and gown at his Washington State University graduation. “My dad said, ‘Hey son, you look like a judge in that robe,’” recalls Masaniai, who, at that point, wanted to be a police officer like his uncle.

Twelve years later, he passed the bar exam, qualifying to sit for it by completing a four-year program informally known as “Rule 6.” Authorized by the Washington Supreme Courts Admission and Practice Rule 6 and overseen by the Washington State Bar Association and Law Clerk Board, the Law Clerk Program allows aspiring attorneys to work and study with an experienced lawyer or judge instead of going to law school.

Masaniai had grown up “in the poorer parts” of San Francisco and Seattle, moving to Washington state in 1984 when he was 14. He played football at Evergreen High School and WSU, walking on to the Cougar football team his junior year. When he did go to class, he says, “I always sat in the back. I always came late, and I always left early.” By fall of senior year, his grades slipped to their lowest point: under a 1.0.

Graduation took five years. He had to quit football to pull it off, but he was able to bring his grades up. He credits his coaches and a tough criminal justice professor for helping him buckle down. He needed her class, which he had previously dropped, to graduate. On the first day of his second attempt, in front of a full house in the Todd Hall auditorium, she singled him out. “She said, ‘I think you can do better,’” he recalls. “She said, ‘You will come to class. You will take all the tests. You will take all the quizzes.’ She pushed me, and I responded. I don’t remember her name, but if she’s still alive I want to thank her.”

He got an A in that class and spent the following summer training for the police academy. During physical fitness testing, he blew out a knee. The injury ended his police dream. Within a month, he was working aboard a fishing boat in Dutch Harbor. “That taught me what I didn’t want to do with my life,” says Masaniai, who went on to work a series of odd jobs while pursuing a career in criminal justice.

He had applied for “five or six” positions but wasn’t landing interviews. To get his foot in the door, he started volunteering at Tukwila Municipal Court. He remembers asking a bailiff in an otherwise empty courtroom if he could sit in the judge’s chair. “I sat in it, and thought, ‘This is where I want to be one day.’”

Masaniai worked his way up from part-time volunteer to full-time court clerk. “I would ask the judges I would clerk for: ‘Why this? Why that?’ They kept telling me, ‘You need to go to law school.’”

The University of Washington rejected him. Seattle University twice put him on its waitlist. That’s when Masaniai learned of and was encouraged to apply for the WSBA APR Rule 6 program. “Learning about the law and applying it at the same time, that was fun,” he says. “I had a natural affinity to be in court and talk with people.”

Masaniai completed the program in 2003, passed the bar in 2004, and went to work in the law office of his mentor, Scott Stuart, now a judge at Issaquah Municipal Court. After two years, he left to become an assistant attorney general in American Samoa, where his father was born and where Masaniai met his wife. From 2006 to 2008, he prosecuted human trafficking, immigration, and public corruption cases. In 2009, he was appointed, through the High Court of American Samoa and Department of Insular Affairs, as an independent prosecutor. His office uncovered a human trafficking ring involving members of the government and a local business.

“If you make a bad choice, you’ve got to live with it,” he says. “But you can learn from that bad choice and rebuild your life and make a difference in someone’s life.”

Throughout his career, he has sought varied experiences, from defending low-level criminals in community court to prosecuting white-collar criminals, and handling mediations, bankruptcies, and litigation in federal court. Before his appointment to the bench, he served as judge pro tem at multiple courts in King and Pierce Counties, including Kent’s Regional Justice Center. “Being a judge pro tem made me a better lawyer,” says Masaniai, who lives in Federal Way with his family, including three children ages 12, 11, and 7.

The five bar associations that evaluated him for the judgeship all ranked him as exceptionally well qualified for the role. Interviews took place in late 2020 via Zoom because of the pandemic. When he was selected, “I got a little emotional,” Masaniai says. “It had been a long journey to get there.”

Today, his first three tips for young people, including kids from the old neighborhood, are the same. “First, don’t give up,” Masaniai says. “You’re going to be told no. Don’t give up. Try another way. Don’t give up.” 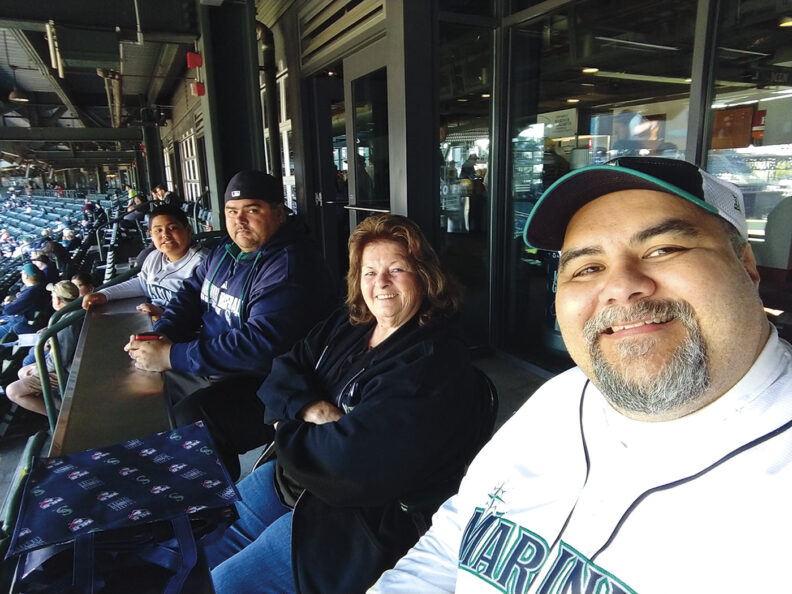