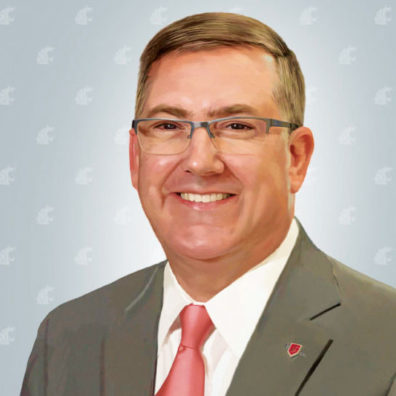 As you know, Washington State University has greatly expanded its statewide presence during the last 30 years⁠—going from a single flagship campus in Pullman to an evolving system of interconnected campuses in the growing population centers of Everett, Spokane, Tri-Cities, and Vancouver. Add in the ever-increasing contributions of our Extension programs and the worldwide reach of our Global Campus, and you begin to quickly grasp the complexity of managing this enterprise.

As I near my five-year anniversary as WSU’s president, I’ve seen firsthand multiple times the challenges of providing effective executive leadership that reflects the University’s long-held operating principle of “one university, geographically dispersed.” In short, the University long ago defined an operating principle but never developed a clear framework for how it would operate as a cohesive system.

It’s now time to address this need. While the University continues to make notable strides, including record student enrollment, the establishment of a medical college, and growing partnerships with the state’s agricultural interests, the institution is experiencing limitations due to our organizational and administrative infrastructure. Many of our campuses are, in fact, dependent on the flagship campus in Pullman to make executive-level decisions⁠—restricting their ability to make needed decisions at a campus level.

What’s the best solution? For WSU to continue to grow its ability to meet the needs of the communities it serves, we are in the early stages of creating a unified system infrastructure. Known as OneWSU, we seek to provide an appropriate level of autonomy at each campus location, while at the same time ensuring consistent WSU mission, branding, and quality.

Through the OneWSU system structure, the University’s six campuses, four research and extension centers, ten subject matter centers, and 39 county and one tribal extension offices will join in a commitment to a set of OneWSU operating principles as outlined in the OneWSU System Strategic Plan.

We believe this approach will deliver significant advantages to our stakeholders statewide. While individual campuses will be obligated to contribute to the role and mission of the overall WSU system, they will also be free to pursue the mission and implement the programs most needed by the communities in which they are located. Likewise, we will clarify which administrative and organizational functions are best executed at the campus level versus those best executed at the system level.

You’ll be hearing much more about OneWSU in the weeks and months ahead. Bottom line: we are more committed than ever to delivering accessible, quality education to students, conducting research that solves everyday challenges, and serving the needs of residents on both sides of the Cascades. OneWSU will raise our game to the next level.