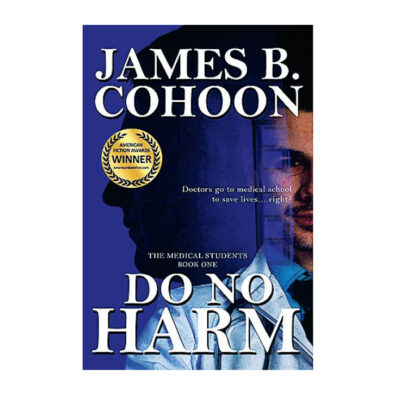 Matthew Preston is just a kid when his father is shot and killed while surprising a burglar in their home in the tony west Los Angeles enclave of Pacific Palisades. The culprit, Ted Nash, is the twentysomething ne’er-do-well son of well-to-do neighbors: a distant, workaholic father and doting, clueless mother. He’s sentenced to life in San Quentin State Prison. But that’s not enough for Matthew, who obsesses over avenging his father’s murder.

Matthew is a straight-A student and standout athlete who attends the Stanford University School of Medicine with the nefarious plan of becoming a prison doctor in order to gain access to Nash. While Matthew’s hitting the books in medical school, the killer’s family files a petition to get him released, and Matthew hastens his scheme to exact revenge.

By now, he’s fallen for his study partner, the plucky and whip-smart Torrey Jamison, who did not enjoy the same kind of affluent upbringing. She’s at Stanford on a full scholarship—and fighting her own troubled past.

Both take the Hippocratic Oath in a White Coat Ceremony at the beginning of medical school. And the big question throughout this suspense-filled story: will one of them break it before they graduate?

Cohoon spent more than thirty years as a civil litigation lawyer and served as president of an LA-based firm until his retirement in 2014. He and his wife Rozanne Lane Cohoon (’76 Biol.) have two children: a track-star daughter who went to Stanford and worked as a lawyer, and a son who practices medicine in southern California.