Here’s an unorthodox business plan: Make one product. Give a portion from each sale to charity. Shun high-pressure sales tactics.

But with this business model, glassybaby—started in Seattle in 2001 by three-time cancer survivor Lee Rhodes—has succeeded beyond the founder’s wildest dreams. The hand-blown glass candleholders or drinking vessels, in 450 luminescent colors, generated $3.5 million a year in sales back in 2009 when Tracy Morgan (’91 Apparel, Merch., Des. & Tex.) joined the company. 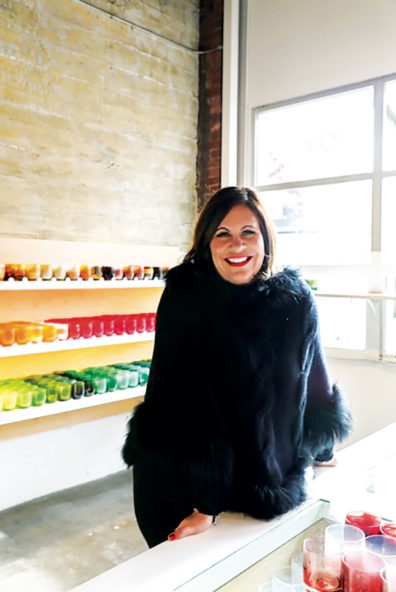 For the past decade, Morgan has been at the heart of the company’s expansion. Annual sales now reach $20 million, and charitable giving totals $10 million.

After graduating from WSU, Morgan worked at Nordstrom as a manager, then buyer, before taking 10 years off to raise her three sons.

“My husband said I was getting boring; didn’t I want an outside life?” she remembers. “I’d been a customer of glassybaby for years and they knew me, so I asked for a job. I told them I could work 9:30 a.m. to 2:30 p.m., when I’d pick up my boys from school. They hired me to run the new Bellevue store.”

Then the company kept asking for more: “Could I run the store over the holidays? Could I oversee a new venture in New York City?”

As her friendship with Rhodes grew, so did her responsibilities and commitment to glassybaby. She opened six new stores, bringing the total to nine, as well as handling corporate sales, events at the company’s two studios, or “hot shops,” and pop-up stores around the country.

Those pop-ups sometimes lead to serendipitous connections. “We were doing one by a hotel pool in California, and it wasn’t going well,” Morgan says. “As we were packing up, a Seattle couple came running over. It turned out the man was high in Seahawks management and wanted a “hope” glassybaby to give to quarterback Russell Wilson in recognition of his work with Children’s Hospital.” (All the vessels have a name, bestowed by Rhodes.)

When Morgan got back to Seattle, she delivered the “hope” votive, and the Seahawks management asked if they could do their own glassybaby. For the past seven years, the organization has designed vessels in shades of green and blue and donated a portion of sales to Seahawks charities. Designs are also available for the Mariners, Sounders, corporations, and colleges. WSU’s design features translucent crimson glass stamped with the Cougar head logo.

“I have a hand in everything from production to R&D to sales,” Morgan summarizes.

Not so much: “It’s incredibly hard.”

She is most gratified by the company’s commitment to giving. That began when Rhodes, as a mother of young children, was going through chemotherapy for cancer. She realized that some women were skipping treatments because they could not afford childcare, transportation, or other necessities. She found the light in a glass vessel to be incredibly healing and calming, and so created glassybaby.

Ten percent of revenue was given away until July 2018, Morgan says. The current giving model is: three dollars of every glassybaby votive sold goes to the White Light Fund, the company’s giving arm, to provide hope and healing.

Uncompensated care for patients with cancer and other diseases is still the biggest recipient, but money also goes to the care of animals (especially dogs) and the environment. Nonprofit charities can apply for $3,000 “baby grants.”

Morgan sees the outreach as part of the “glassybaby family,” a feeling she finds akin to the connection between WSU graduates. “In the same way we say ‘Go Cougs’ whenever we recognize another graduate, people bond over their experiences with glassybaby.” 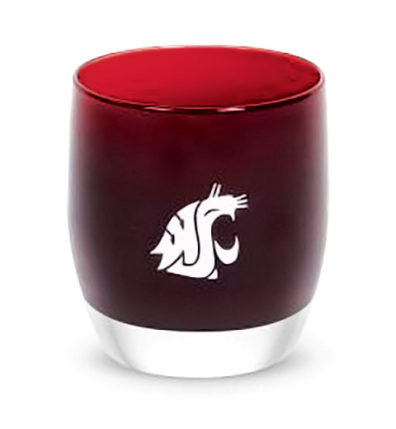