Sitting in his office looking out on Martin Stadium, the head coach of the Washington State University football team considers the designation bestowed by his assistants.

“I care about my players very much,” he says. “I’m a people’s coach. I like to see people have success in life, and if I can, I try to help.”

Willingness to help others runs in the family. You’d be hard pressed at a Rolovich family gathering to find someone who wasn’t a firefighter or law enforcement officer.

After being benched during his senior season at the University of Hawaii, Rolovich made plans to take the San Francisco firefighter’s exam. He planned to drive down the day after the Rainbow Warriors played the University of Nevada. Rolovich thought his days in football were over.

He didn’t make the exam. The events of September 11, 2001, caused the game between Hawaii and Nevada to be delayed.

Next thing he knew, the starter was injured and he was once again leading the Rainbow Warriors offense. He finished his senior season 8–1 as a starter. Rolovich saved his best for the last game of the season: a 72–45 routing of the twelfth-ranked BYU Cougars in which he threw a record eight touchdown passes.

It’s the kind of Senior Night he wants for all of his players at WSU.

As the former college quarterback talks, flashes of his competitive spirit strike like lightning.

“I probably hate losing more than I like winning,” Rolovich admits.

He’s been known to challenge opposing coaches who are former quarterbacks with what Rolovich calls The Rusty Arm Challenge. He fell to Colorado State Coach Mike Bobo a few years back, and his challenge went unanswered by University of Michigan’s Jim Harbaugh.

Rolovich also takes all challengers in Portuguese horseshoes, a lawn game similar to corn hole where players score points by tossing washers into holes of differing sizes on a small sloped board, like his handcrafted set from Maui.

At first glance, Pullman and Hawaii seem to have little in common. But Rolovich sees the relatively isolated locations as similar.

“What I learned living on an island is that everyone is reliant on each other,” he says. “You may not know the guy on the dock who is unloading your milk, but he is doing that so I can buy milk for my family.”

Reliance breeds strong community ties, something Rolovich hopes his players can do, along with class or football responsibilities.

“Everyone asks for a word that describes Nick, and what I say is eccentric,” Stutzmann says. “He is different in a good way. He’s humble, he likes to have fun, he’s not afraid of putting himself out there and laughing at himself.”

Rolovich has won fan loyalty with his deft use of social media, and during gatherings. A request on Twitter for the best Coug bar in Seattle netted 20 odd recommendations, and two packed bars on back-to-back nights. He smiles while recalling a Marco Polo chicken thigh left uneaten the second night because of the demands on his attention from WSU fans.

Rolovich learned to be comfortable with living authentically from one of his best coaching friends, Mike Leach. The pair have spent hours talking about football, their life philosophies, and the topics that pique their curiosity.

A few years ago while attending a coach’s conference in Charlotte, North Carolina, Rolovich decided to pay his friend in Key West a visit. Rolovich’s wife, Analea Donovan, advised her husband to reach out to Leach beforehand.

Rolovich didn’t, hoping to maintain as much of the surprise as possible.

Upon arriving in Key West, he texted Leach. No answer. So Rolovich took in the sites. He visited some of Leach’s favorite haunts, but no one had seen him recently. A call to Leach also went unanswered. Like the mythical Sasquatch he’s often discussed, Leach couldn’t be tracked down.

That evening, as Rolovich was prepping to call it a night, Leach texted back. He was on his way to a movie with his wife, but could meet up after. The pair spent eight hours on a historical trip through Key West, visiting shipwrecks and other favorite sites.

Casual fans of WSU football will notice similarities between Rolovich’s and Leach’s teams. Expect lots of passing, and lots of scoring. It’ll be an up-tempo attack, Rolovich says, marked by tactics that are sure to divide old school football diehards.

“We’re going to be very aggressive on fourth down,” Rolovich says. “Punters are fine, I just hate giving the ball up.”

The goal is 35 points a game, with hundreds of yards both in the air and on the ground. It’s an attack that, much like Leach’s Air Raid, seeks to take advantage of a defense by overwhelming them with potential downfield threats.

Rolovich has installed a countdown clock for the Apple Cup because even in his short time in Pullman, fans have impressed upon him the importance of that game.

“The passion among fans is incredible,” he says. “It’s not just, ‘Hey I like Cougar football,’ it’s a real, deep affection for the team, and for winning.” 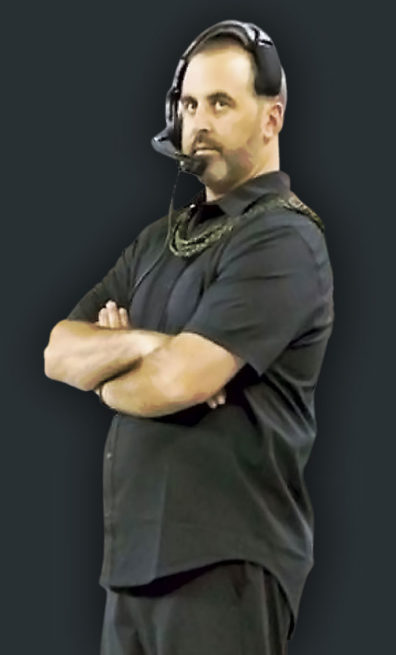