I was a Sigma Phi Epsilon member during my time at WSU. As president of the Sig Eps during the 1981–1982 academic year, I worked hard to mentor younger members in how to behave well and present a presence wherein no one embarrassed others, and everyone made grades. But, I didn’t have my own mentor and thusly was guessing that my mentoring of the younger members was well founded. An alumnus came for dinner one night, and after dinner I talked with him for some hours. Near the end of our conversation, he suggested that Coach Chaplin, as a Sig Ep member, might be amenable to a similar visit.

I contacted the coaching office and, with a palpable innocence and huge lack of confidence, I made an invitation. The following Monday, Chapter Dinner day, Coach Chaplin showed up and had dinner with us. He stood up after dinner and gave a short speech. What he said has stuck with me all these years. He briefly stated his experience with athletes was that the best ones honored their commitment, and regardless of their athletic prowess, excelled in life provided they were entirely committed to doing their best. Coach Chaplin stated he remembered and held in high esteem each of his athletes that honored their commitment and did their best. He further stated that each of us, whether or not an athlete performing for WSU, had the opportunity to do their best, and now was the time to commit to that, 100 percent.

I followed his counsel, and I have, ever since hearing his speech, sought to do my best. His willingness to take the time to meet with a bunch of fraternity undergraduates and tell us how to succeed has served me very well and is at least as important as all of the other valuable learning I enjoyed during, and after, my WSU experience.

Your article entitled “‘Fight, fight, fight…’ still flying high” was a timely read for me. I recently sought a copy of the sheet music for the “New Washington State Fight Song” and in the process found out how hard it is to obtain.

I’m nearing retirement, and, fearing I may tire of my existing hobbies, decided to realize a life-long goal of learning to play a stringed instrument. After about four months of mandolin lessons, I was ready to learn how to play full length songs. At the same time I returned to the Pullman campus to attend a football game with my grandson. I became inspired to play the fight song.

I visited the bookstore in the CUB, sure that sheet music would be available for the fight song for many instruments. None were to be found. A friendly sales clerk checked the “back store room”, and confirmed they did not carry sheet music for the fight song. After an exhaustive search online, I finally found a copy of the original sheet music in the Holland Library Archives. I now can play the fight song on an instrument perhaps never intended to play a march tune, but gratifying none the less. If copyright laws and royalty requirements allow, I suggest you publish the sheet music for the “New Washington State Fight Song” so old Cougs like me who wish to do so can learn to play it. 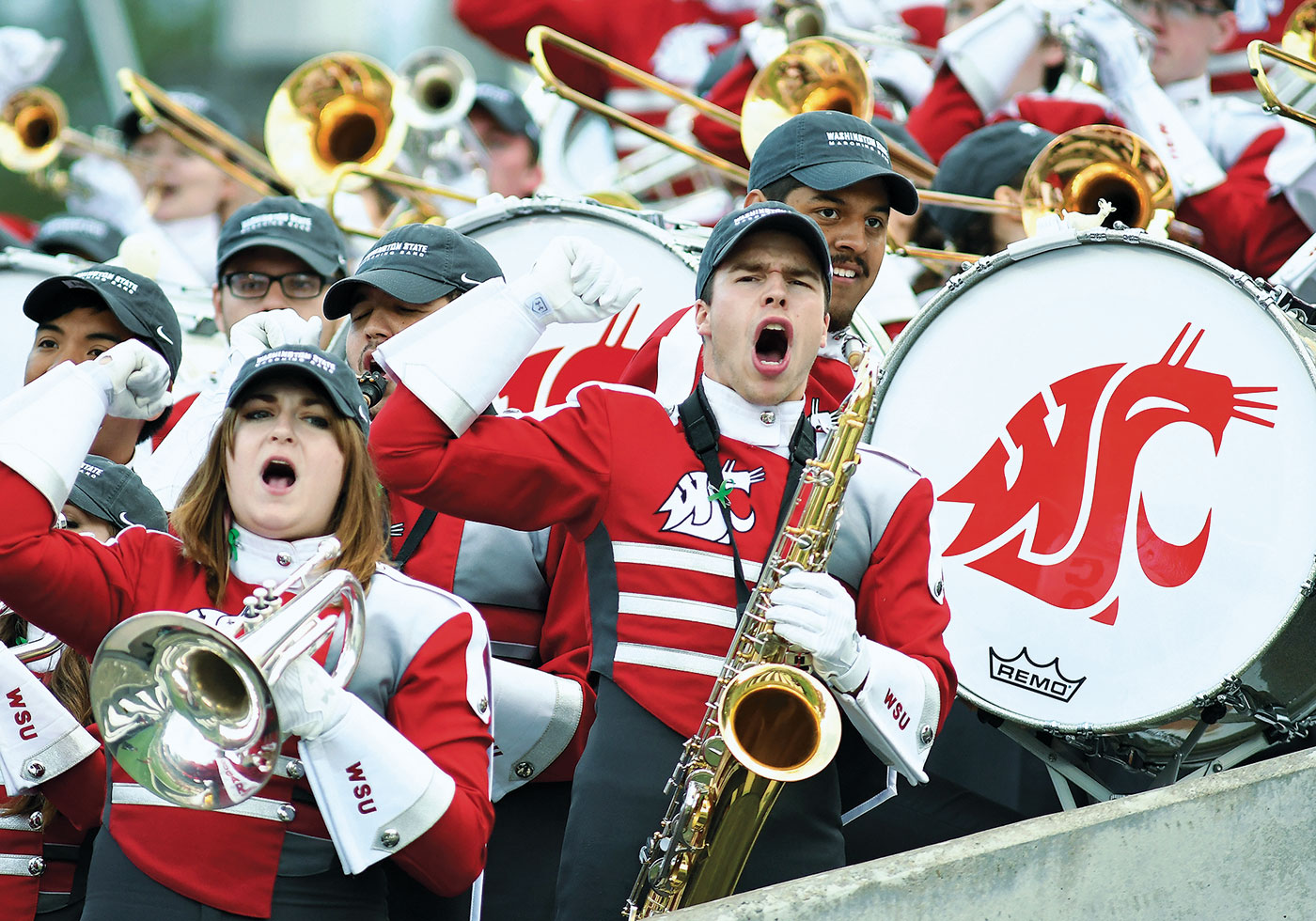 Editor’s note: I checked with Troy Bennefield, director of WSU Athletic Bands, about the Fight Song sheet music. He and the band provided a new online, printable version of the Fight Song music, which you can find here. Please consider giving to the marching band while you’re there, so they can keep playing “Fight, fight, fight…”

Do you have any thoughts on magazine articles? Reunions, weddings, births, retirements, anniversaries, or other announcements you want to share? Let us know at magazine.wsu.edu/contact or email wsm@wsu.edu.