“The main thing that keeps people from writing a novel is that it takes a year—or two, or three—of considerable effort to produce one. And it’s just easier not to do it. But I figured that if I spent a couple years writing one, at least I’d have that. And then I could take the next step: finding a publisher.”

The young novelist was also a young lawyer. “I started my first novel when I was in law school,” Thayer says. He based that first thriller on things he learned while at the University of Chicago Law School. “Enrico Fermi had his secret lab in the squash courts beneath the football field,” Thayer explains, which led to his novel’s devious web of intrigue involving Nazi spies, an American secret agent, and the specter of atomic destruction looming in the background.

Thayer loves setting, which explains his penchant for placing the characters of his smart, fast-paced novels not just in Chicago, but in contemporary Hong Kong, pre-World War II Chongqing, post-war Singapore, and other locations around the world.

Thayer’s imagination has served him—and readers—well. He weaves fiction and fact together seamlessly because, he says, “everything in a novel should be interesting. I used to pay a few bucks a year for a UW library card. I’d go into the basement where no undergraduate had gone for years to unearth a dusty old book just to look up a fact.”

His vivid imagination goes back to his own WSU days. In Charles Drake’s bacteriology class, Thayer says, “every lecture he’d talk about a new bacterial disease. I’d sit there and start to itch. And my tongue would turn yellow, and my eyeballs would start to leak—and by the time I left class I’d have that disease!” 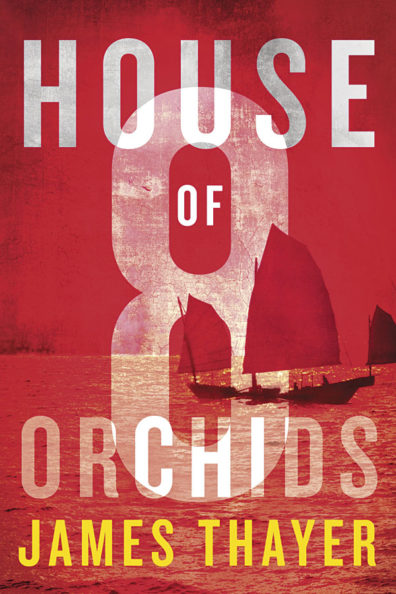 The Boxer and the Poet: Something of a Romance, 2008

How WSU Saved My Life—Literally!

James Thayer’s first lesson from WSU took place at the Conner Museum of Natural History. There, he learned to recognize a certain sound. Knowing that sound would soon save his life—and set a never-to-be-broken long jump record.

Hear Thayer recount the story of how WSU saved his life:

Audio: James Thayer on the craft of the novel. Thayer reads from his romantic comedy The Boxer and the Poet and shares tips and techniques on writing fiction.