I very much enjoyed the article “Living Large” in your Summer 2009 edition. I am always impressed by the dedication of the large animal veterinarians. My hope is that WSU continues to turn out excellent large animal vets and continues to be able to recruit students into the field.

I do have one nitpicky point about the story. The story indicates that Tom Kammerzell’s property was built in the 1930s by his grandparents. The barn shown on page 25 was built in 1912 or 1913 by my great-grandfather Mike Kroll. Tom’s grandparents Delbert and Miriam Kammerzell purchased the property in the late 1930s and were still very good neighbors for a recent college graduate in 1975-1976. To his credit Tom and his family have done a great job in maintaining, and improving, the property in the time he has owned it. There are very few barns of that vintage in Whitman County still standing, let alone being used as a working barn.Kudos to WSU Veterinary Sciences, Dr. McGraw, Kammerzells, and your staff.

I would like to point out one particular WSU veterinary school graduate whom I suspect you may have overlooked in your search for WSU alums whose accomplishments are exemplary enough to be considered for an article in Washington State Magazine. Dr. Jere L. Dick received his DVM degree in the early 1970s and entered a veterinary practice in Pomeroy upon graduation. I find this interesting because Hannelore’s article indicated there currently is no large animal veterinarian in Garfield County. I became acquainted with Jere when I hired his wife, Myrna Mae, as a secretary when I was the Director of Residence Living at WSU. As with many veterinary students at the time, wives often worked on campus and elsewhere in the community to help with the costs of veterinary school for their spouses.

Dr. Dick ultimately bought the practice where he began his career in Pomeroy, and after nearly 15 years in Pomeroy he sold his practice when he was offered a position as a veterinarian with USDA’s Animal and Plant Health Inspection Service (APHIS). Jere’s career with APHIS is a wonderful example of the important role large animal veterinarians play in their local communities and with animal health on a national level. It is also a wonderful example of a WSU alum who began his career as a large animal veterinarian in a rural practice and who now has the role as one of the top administrators in APHIS. After about 20 years with APHIS Jere is now the deputy to the chief of APHIS Field Operations in Washington, D.C. Jere currently plays a prominent national and international role on high profile animal health issues. At this time he is directly involved in the current N1H1 flu virus issue.

Each year, the president recognizes an elite group of career senior federal executives who consistently demonstrate strength, integrity, industry, and a relentless commitment to excellent. This year Jere was the only USDA employee to receive this prestigious award.

My father, W. H. Veatch, debate coach at WSC from 1927 to 1960- something, took great pride in telling about the faculty meeting called by the administration to solve the budget cut of 1933–35. The faculty was given the charge to decide which faculty members were to be “released.”

Ten percent were to go in the first cut.

The entire faculty assembly agreed to take a salary cut and to retain everyone, not only because they were “teachers together” but also, they knew the continued need for education in the hard times.

Your question of how did Holland “maintain any morale whatsoever” is answered by the fact that the morale came from the grass roots themselves and was not forced down from the top or artificially requested.

President Holland always carried some dimes in his pocket and would give them to little children as he strolled around the campus. When I came home with a dime “from a nice gentleman” my mother was upset to think that there might be a “not so nice” person preying on youngsters. When it was discovered that it was President Holland, it took a committee to suggest to him that there might be a better way to help what he assumed to be hungry children.

Your article “Whatever Happened to Home Economics?” was very interesting since I was graduated with that degree in 1940. It was a great education for life, and I hope today’s young women are finding it so—in its new format!

I read with interest the article in the Summer 2009 issue by Hannelore Sudermann about Senator Patty Murray.

It was enlightening how the author overlooked the profound inconsistency demonstrated by Senator Murray in going after Republican Senator Bob Packwood for sexual harassment, but voted “Not Guilty” to the charges of perjury to a grand jury and obstruction of justice in the trial of Democrat Bill Clinton. Didn’t Ms. Paula Jones deserve as much consideration from Senator Murray as did Bob Packwood’s alleged victim?

Lately Senator Murray has been lecturing students about the benefits of “financial responsibility.” This coming from our senator who did not read the recent trillion dollar “stimulus” bill prior to voting for it. This is akin to signing a contract without reading and understanding its terms.

I prefer my senators to not play politics at my expense.

As a former coxswain from WSU, I am glad to see a story about the rowing program. However, as a men’s team member I am saddened to see that no mention of the men’s team was made in the article for the summer 2009 issue of your magazine. The men’s team is the original rowing program and has a rich history. It has struggled for years to find the funding that the women’s team has handed to them each year. The men’s rowing team at WSU is a club sport and is funded through the hard work of its members and dedication of its former members. You said the women’s team is overlooked … what about the men’s team? Visit www.cougarcrew.com for more information.

Like so many “Club” sports at WSU, Mens Ice Hockey does not receive the attention it should.

Two senior students at WSU were chosen to represent Washington State University in the inaugural ACHA College Division 2 Mens Ice Hockey Challenge held in Philadelphia April 3, 4 & 5 2009. Erik Reisinger #11 and Trevor Pisinger #9 were selected as the best WSU had to offer from the WSU Mens Ice Hockey team. Each Pac 10 (actually Pac 8 as two schools do not have ice hockey teams) school sent one to four players in order to make up an All-Star team representing the Pac 8. Twenty-one players made the trip to Philadelphia. Chris Soriano, the coach chosen to lead the team to Philadelphia, made the selections from each Pac 8 school. Last year Chris coached Arizona State University men’s ice hockey.

The tournament was a huge success. Nine other ACHA Division teams from all over the USA competed in Philadelphia. The Pac 8 finished 2-3 completing 5 games in 3 days. They were very competitive with every other team. 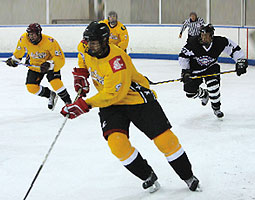 In early 2009, I visited Pakistan at the invitation of the Government of Pakistan’s Higher Education Commission. My main assignment was to deliver seminars/lectures at the newly established University of Sargodha. My topics included globalization and the Islamic world; origins of economic thought in early Islam; rationalism/intellectualism in early Islam; madrassa education, extremism, and fundamentalism; and the state of higher education in Pakistan. One of my main tasks, I was told, was to encourage students to think open-mindedly and critically. The audience was generally most receptive—and many students/faculty connected rather warmly and graciously.

Over the years, many Pakistanis received their graduate education at Washington State University. WSU has had long-standing educational ties to Pakistan. Under the leadership of WSU President C. Clement French, WSU had established an Inter-College Exchange Program with the Government of Pakistan, funded by the USAID, which began in the mid-1950s and ended late-1960s.

S.M. Ghazanfar ’68
Ghazanfar is emeritus professor of economics at the University of Idaho. 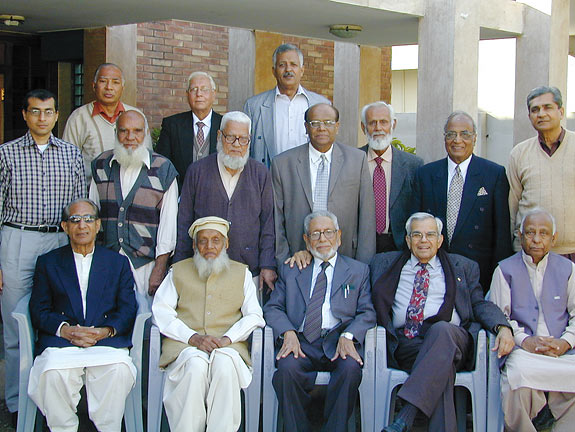 While in Pakistan this past winter, S.M. Ghazanfar ’68 met with fellow Cougars: