“When President Franklin D. Roosevelt gave the go-ahead for the Manhattan Project, he set in motion an extraordinary collaboration amongst scientists and the military to develop an atomic bomb, driven by fears of Hitler’s creating one first. Whether or not the eventual dropping of the bombs on Japan was necessary to end the war in the Pacific will probably never be resolved. But the bomb undoubtedly changed the world, as well as the cultural, historical, and physical landscape of southeastern Washington.”

—From “The Atomic Landscape,” by Tim Steury

Take a photographic journey through the history of Hanford below. Images and much of … END_OF_DOCUMENT_TOKEN_TO_BE_REPLACED

During cherry harvest in 1981, Orland died, and … END_OF_DOCUMENT_TOKEN_TO_BE_REPLACED 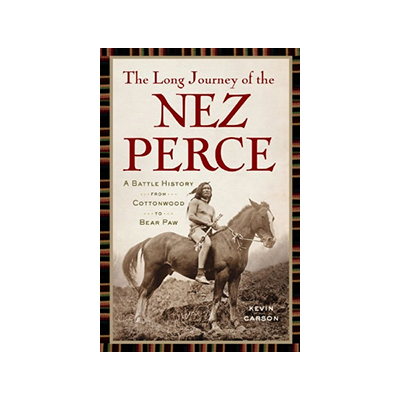 In his foreword to the latest account of the Nez Perce War of 1877, Kevin Carson ’81 writes, “In my memory, there was never a time when our family was not fascinated by the saga of the Nez Perce.” Carson’s great-great-great grandfather, Levi Watrous, served as a scout during the Civil War, then moved to Columbia County, Washington, in 1872, where he made his living as a stockman. … END_OF_DOCUMENT_TOKEN_TO_BE_REPLACED

Wildfires have been part of the Pacific Northwest for centuries. This map shows some of the historic fires from the 1850s to 2000 in Washington, Oregon, Idaho, and western Montana.

In the September 10, 1951, issue of Life magazine is a picture of a bulldozer mounding apples in the Yakima dump. Seven acres of apples worth $6 million dollars rotted as pigs rooted through them, the result of failing foreign markets and high tariffs. At the time, if Washington’s apples didn’t sell, orchardists paid $5 a ton to have their culls hauled off to rot.

Culls are rejected from the fresh fruit market due primarily to shape, size, or color, but they are perfectly sound for such traditional uses as juice. The photograph aptly illustrated the need for a processing company like Tree … END_OF_DOCUMENT_TOKEN_TO_BE_REPLACED 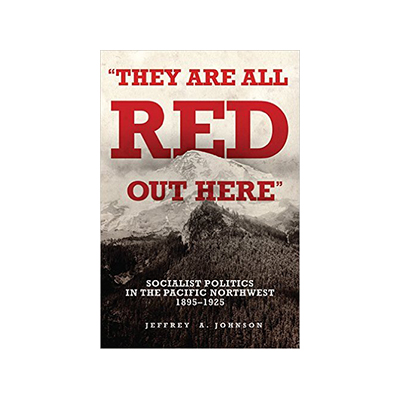 Few if any aspects of the Northwest’s political and labor history have been so thoroughly documented as the region’s most radical era, from the 1890s to the First World War. Books and articles have highlighted such topics as the rise of the Industrial Workers of the World (IWW), Idaho Governor Frank Steunenberg’s … END_OF_DOCUMENT_TOKEN_TO_BE_REPLACED

There aren’t many anthologies that juxtapose poems by the likes of Robert Frost with those of elementary school kids. In Praise of Fertile Land does, and it works.

My long two-pointed ladder’s sticking through a tree Toward heaven still, And there’s a barrel that I didn’t fill Beside it, and there may be two or three Apples I didn’t pick upon some bough. But I am done with apple-picking now,

intones Frost in “After Apple-Picking”—expressing, it may be, not just the fatigue of harvest, but adult world-weariness.

Then along comes second-grader Henry Phillips, offering “A Recipe for a Garden”:

O Palouse!, a DVD about the area, obviously started as one of those absolutely great ideas. Take an area that’s extraordinarily photogenic. Good geologic bones, good seasonal color. Unique personality. Add a rich history of relatively recent European settlement and a fairly well documented Native history. Throw in a few major conflicts between settlers and natives for drama. Then there’s the two-universities-in-the-middle-of-nowhere angle. Then we’ll get a lot of sponsors and work them into the story just a little, and bingo! O Palouse! Oh! Oh! Oh!

And for the most part, it works. O Palouse! is a fine general introduction, a perfect stocking stuffer, a … END_OF_DOCUMENT_TOKEN_TO_BE_REPLACED

Summer 2008
A fierce Pacific storm in February 1970 revealed early remains of Ozette, on the Olympic Coast between Cape Flattery and La Push. Worried about the site's vulnerability to looters and further storms, Makah tribal leader Ed Claplanhoo '56 called archaeologist Richard Daugherty at Washington State University, commencing an 11-year excavation of the site. The excavation yielded thousands of well-preserved artifacts and a wealth of clues to the history and culture of Makahs and other coastal tribes. » More ...