Taking the road less traveled can lead to serendipitous finds such as the whimsy of Emil Gehrke's windmill creations.

A small collection of lively illustrations Nate Taylor has created for his friend and WSU Classmate, fantasy writer Patrick Rothfuss ’02 MA as well as some of Taylor’s other work. 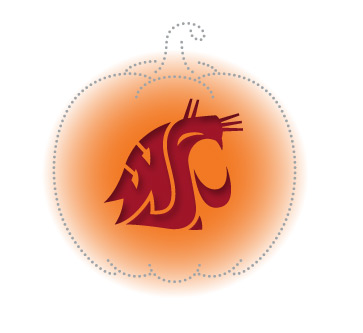 Carve your pumpkins with the Coug spirit this Halloween. Select a template below, print, and trace on the pumpkin.

The large template prints on two letter-size pages, which you can cut and then put together when tracing.

Final step: Display your Coug-o-lantern with pride and send us photos of your Coug pumpkins.

END_OF_DOCUMENT_TOKEN_TO_BE_REPLACED

Clips from Kevin Tomlinson’s documentary Back to the Garden.

On a road trip with a friend in 1988, Kevin Tomlinson stumbled onto what would be the seed of a great story. At the time, he just knew he had to collect it and save it.

“We were out to see the American West,” says the filmmaker, who graduated from the Murrow School in 1975. “It was a Jack Kerouac, Neil Cassady kind of thing.”

Keeping off the main roads and camping from their car, the pair landed in Tonasket where they came across the local food co-op. When Tomlinson perused the bulletin board to get a flavor of the community, he spied a … END_OF_DOCUMENT_TOKEN_TO_BE_REPLACED

From the Collection of Margaret Levi and Robert Kaplan 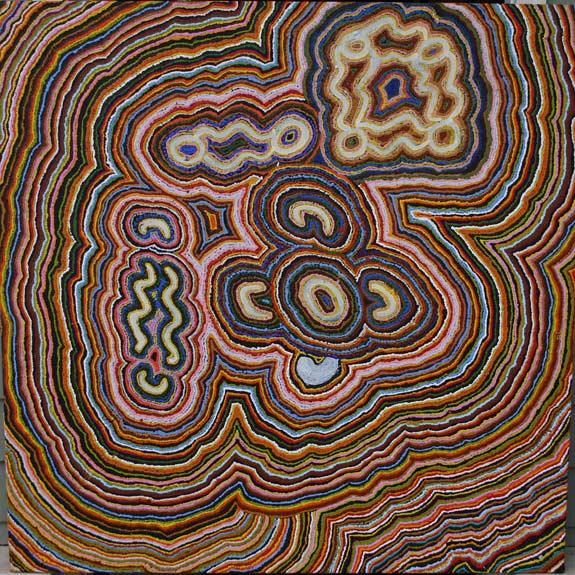 Although the details and relationships vary amongst Australian Aboriginal groups, in the beginning the landscape of the world was formed by mythical ancestral beings. Every action of these ancestors had landscape consequences. According to the fine … END_OF_DOCUMENT_TOKEN_TO_BE_REPLACED 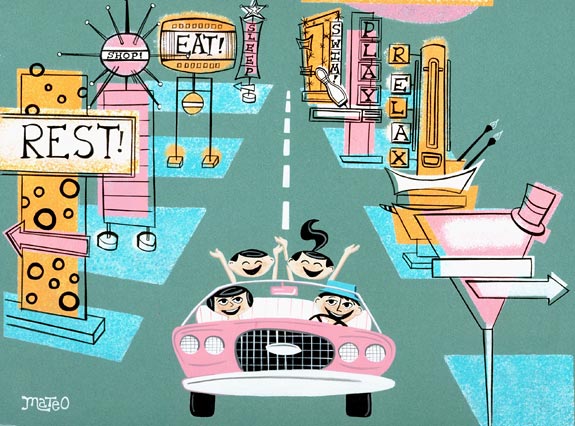 Anaheim Vacationland by Matthew Leiker, 2007, acrylic on board

The work of Matthew Leiker

The World of Mateo is filled with images of an American subculture known by no particular name but seemingly related to road culture, California style, album jacket graphics of the 50s and our affinity for Hawaiian island iconography. Mateo celebrates a time of Tiki lounges, drive-in theater refreshment cartoons, and a plethora of music that bubbles vibrantly with the hypnotic tones of the ukulele, inspiring his imagination to create … END_OF_DOCUMENT_TOKEN_TO_BE_REPLACED

Native American artist Ric Gendron discusses his portrait of Sherman Alexie. The portrait appears in the Spring 2010 issue of Washington State Magazine, as part of the feature article “Desperately Seeking Sherman.” You can read the article here.